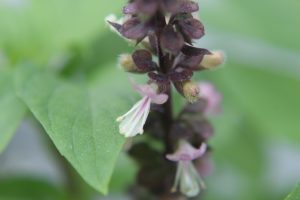 Whole plant extractions usually include THC, CBD, and more than 400 trace compounds. A large percentage of these compounds interact to create what scientists refer to as the “entourage effect” that magnifies the therapeutic benefits of the plant’s components.

Terpenes are volatile aromatic molecules that evaporate with ease, and readily announce themselves to the olfactory senses. Numerous researchers have emphasized the importance of terpenes in the pharmacological sense. As well as terpenoids, which form the basis of a holistic healing method known as aromatherapy.

Around 200 terpenes have been found in cannabis, but only a few of them appear in large enough amounts to be noteworthy. Among the terpenes are monoterpenes, diterpenes, and sesquiterpenes.

These terpenes are characterized by the number of repeating units of a 5 carbon molecule known as isoprene. Isoprene is the main structural hallmark of all terpenoid compounds. The terpenes that are found in marijuana have given the plant an evolutionary advantage.

Terpenes are healthy for people, as well as plants

Terpenes, surprisingly, are healthy for people as well as plants. For example, Beta-caryophyllene is a sesquiterpene that is located in the essential oil of black pepper, oregano, as well as other edible herbs. These are also found in a large variety of cannabis strains and green, leafy vegetables.

The terpenoid profile can vary from strain to strain. Patients who abandon the appropriate strain for one that has a higher CBD content may not get the amount of relief that they are looking for if the terpenoid profile is significantly altered. Each individual terpene is associated with their own unique effects. Some terpenes promote relaxation, while other terpenes promote acuity and focus.

The effects of any given terpene may change while it is in the presence of other compounds, this phenomenon is known as the “entourage effect”.

Their differences can be subtle, but terpenes can add a great amount of depth to the connoisseurship of cannabis. Not unlike any other strong smelling plants and flowers, the developmental process of terpenes in CBD began for purpose of adaptation. The main purpose of the different aromas that the terpenes provide is repel predators and to lure in pollinators.

Over 100 different terpenes have been identified in the cannabis plant, and every single strain tends toward a unique terpene composition and type.For example, a strain like “Blueberry” will often inherit a smell like blueberries. The diverse palate of cannabis flavors is interesting enough, but the most fascinating characteristic of terpenes is their innate ability to interact with other compounds in the plant, like cannabinoids.

Trichomes and Terpenes, What you need to know.

In cannabis, terpenes are created in the trichomes of the plant. Trichomes are sticky, shiny, mushroom shaped crystals that cover the leaves and the buds. On cannabis, trichomes act as a defense mechanism in nature. The trichomes protect the plant from animals and insects through the production of fragrant terpenes that are meant to repel these dangers. Cannabis is a plant that is incredibly diverse due to its biological makeup and potential benefits, and terpenes are no exception.

There are over 100 different identified terpenes that can be found in the cannabis plant, and although the differences are slight, much progress has been made in making classification of terpenes as well as their effects easy for consumers and patients to understand.

Terpenes are broken down into different categories based on their individual characteristics like sweet, spicy, sour, or bitter.

Sativa’s typically smell bright and have strong citrus notes. The smell of citrus comes from the terpene known as limonene, which is found in lemons. Limonene is mainly responsible for the uplifted feeling that is typically associated with sativa dominant strains. Limonene also helps to protect the GI tract and stimulates the immune system.

Terpenes associated with Indica strains are beta and alpha pinene, which are both found in pine trees. Pinene has amazing effects. Linalool is also a predominant factor in Indica strains.

Terpenes can interact with a person’s body chemistry when they are inhaled and smelled. Terpenes are unique in the way that they can allow someone to sample a specific strain without smoking it. When picking out a CBD concentrate, it is imperative that you smell the strain because the odor is a strong indication of how that particular strain will affect the body.